As far as Pakistan was concerned, most critics and analysts here and abroad painted a doom and gloom scenario vis a vis Pakistan and the U.S. President Trump had not called the Pakistani PM Nawaz Sharif after taking oath or winning the elections, this omission furthered the belief of most analysts that he would follow an anti-Pakistan policy. Not only that, the U.S. President had not dwelt much on the topic of Pakistan throughout his election campaign, this impression gained him the support of the influential and rich Hindu Indian lobby present in the United States who kept hoping Pakistan would get a tough deal under Trump.

The U.S. mainstream media was vehemently against Trump and it set the tone for all Western media, consequently even the Pakistani media adopted a pro Hillary Clinton stance without any real stakes in the entire game. While this whole circus was going on, there were small pockets of writers and analysts ( including myself) that knew Trump was winning as he laid claim to the hitherto untapped blue-collar working class American, it was obvious that a big upset was in store for Hillary Clinton, and it was predictable that the new Republican government in the U.S. would adopt a positive stance on Pakistan, if the previous Reagan era was anything to go by. 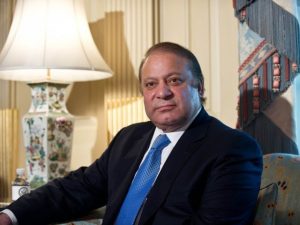 Pakistan’s PM sent a congratulatory message to Trump over his victory followed by a call, since then the sequence of events after the Trump inauguration showed positive trends in Pakistan-US ties. Soon after January 20th, opportunities for Pakistan started emerging from the White House, despite the various challenges highlighted by the media and various think-tanks. Here are some of the factors that improved the Pakistan/U.S. relationship after Trump.

Firstly, President Trump has given the Pakistan- US bilateral relationship the importance it merits having been an important alliance since decades, the Republican Party approach is a welcome change from the usual ‘blame Pakistan and get it to do more’ rhetoric from Washington. The Republican Party policy recognizes the historic ties between the U.S. and Pakistan and stresses the need for the continuity of friendship, to understand the new dynamics in Washington it is important to completely separate President Trump’s rhetoric from how things actually work out.

Secondly, stabilizing Afghanistan is a key common interest between the U.S. and Pakistan, the U.S wants to send in more troops to consolidate its position there now as it does not wish to leave Afghanistan due to its own strategic interests. Consequently, it requires transport links and logistics support and land and air access over Pakistani territory to resupply the Afghan war effort. U.S. Defence Secretary General Mattis believes that the US and Pakistani military relationship goes back a long way, and it needs to be rebuilt, he has remained in key roles and helped maintain ties with top Pakistani military leadership over the years .He has a good understanding of the players and issues in the region and the need for positive U.S. Pakistan engagement.

Thirdly, Pakistan has effectively reduced terrorist activity within the country by conducting extensive military operations, even then terror attacks have happened at times when terror proxy infiltration takes place via the Pak-Afghan border. Lately, the U.S. has been very helpful and drone attacks were carried out deep within Afghanistan on terror camps with mutual understanding, there are also indications that the MOAB attack was part of the same co-ordination to further the joint aim of clearing up the ISIS infrastructure there.

Fourthly, President Trump has resolved to solve the Kashmir issue which has turned the subcontinent into a nuclear flash-point, in an interview to the Hindustan Times, Trump said that, he would be willing to mediate in addressing the “very, very hot tinderbox” of Kashmir between India and Pakistan. He had also reaffirmed his willingness to mediate the Kashmir dispute when he spoke to PM Nawaz Sharif on the phone. Pakistan has been making efforts since years to get major world powers involved in resolving the long standing issue, before this the U.S. always categorically stated that it was a bilateral issue between India and Pakistan. This stance had encouraged India to deny the internationally disputed Kashmir region its right of referendum. Thus, President Trump has presented a golden opportunity to solve the Kashmir dispute.

Lastly, from the U.S. perspective, Pakistan is part of the China axis now, China is top priority for a businessman like Trump and he took charge of the U.S./China policy even before he entered the Oval Office, first of all he stepped out of the Trans-Pacific Partnership that sought to contain China economically. Foreign Direct Investment (FDI) of the US to Pakistan was decreasing since 2009 but now it is beginning to look like it will be regained as the U.S. cannot ignore Pakistan after the initiation of the China Pakistan Economic Corridor. U.S./Pakistan relations are not based on military factors alone any longer, the U.S. has long-term economic interests here as well.

On the other hand, India was very optimistic about its ties with the U.S., especially since the LEMOA logistics deal, it was looking forward to using its leverage on the US against Pakistan to check what it calls ‘terrorism from across the border.’ Ever since President Trump took over, all the new U.S. policies regarding H1-B visas, outsourcing, American-based manufacturing and security alliances hit Indian interests; consequently the availability of F-16s to India is badly delayed, Indian firms dependent on outsourcing are badly affected and visas are not available for Indian professionals. Even the heightened racist feeling within America has resulted in a few unfortunate incidents involving Indians.

Trump’s approach towards most issues is to be deliberately unpredictable, create diversions and follow his aims quietly without declaring in the media, even his tweets are more significant than his public rhetoric or media interviews, in an old-fashioned way he likes to keep his cards to himself and use them at the right time. He also gets put off easily and does not tolerate criticism or personal slights. Predicting President Trump’s policy is not an easy thing to do, but it is important to note his actions rather than go by what he says, and up till now he has not done anything that goes specifically against Pakistan’s interests. 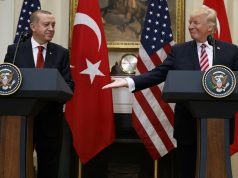 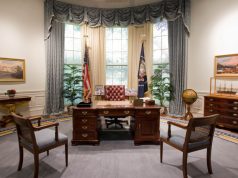