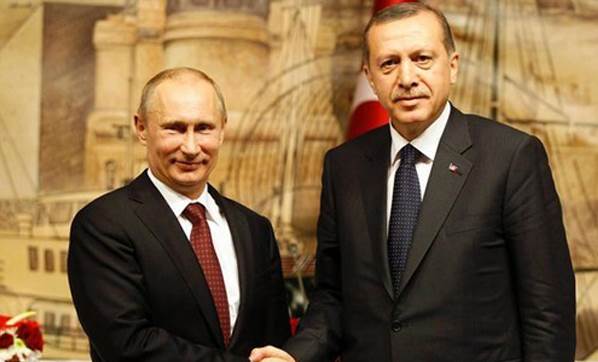 The Erdogan-Putin meeting, which took place in early May, was the fifth meeting between the two leaders after the plane crisis on November 24, 2015. While this meeting was an important step in the improvement of relations in many respects, the decisions taken regarding Syria have led to the emergence of a new solution plan for the region. 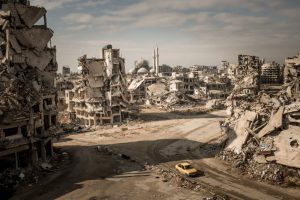 While the sides of the conflict declared a ceasefire in Syria, it was also decided that four security zones will be established around Syria. The actual boundaries will be determined at the next Astana talks; but in principle these regions are expected to be established in Idlib province, north of Humus, east Guta and south of Syria.

With this decision, there are two important points that should be addressed. The first is that this decision was also outlined briefly to Trump during the previous Putin-Trump meeting, and the plan is also supported by the US administration. The second is Russia’s statement that every necessary measure, including military intervention, will be taken against any parties that break the agreement. Although we do not approve of the possibility of military intervention, it is clear from Putin’s statement that he absolutely supports this plan.

This meeting marks a new era, which is why it is called a “strategic partnership”. Thus, Putin’s statement, “we have left behind the normalization process in Turkish-Russian relations. We are going back to normal partnership”, corroborates this. In fact, the three leaders who can take the most effective steps in Syria, making decisions that will ensure the establishment of de-escalation zones,does point to an important strategic partnership.

It should be noted that the claim that the plan in question will come to mean the division of Syria made by some European media outlets, which are opposed to the Turkish-Russian convergence and cannot tolerate Trump’s participation in this alliance, is only a provocation. The safe zones within Syria, called de-escalation zones, do not divide Syria on the map. These zones are designated areas intended to pave the way for peace and for the establishment of a ceasefire, even if it is regional, in Syria. All three leaders have agreed and insisted on the preservation of Syria’s territorial integrity since the beginning of the talks. Changing the subject to the division of Syria is an attempt at manipulation by a number of power groups which desire the projects in question to fail.

Even though US support for the PYD, which is an extension of the terrorist organization PKK, continues in Syria, the progress made with Russia regarding the issue produced positive results. Indeed, Putin’s assertion that Russian troops will not support the PYD is an important guarantee for Turkey. At the same time, Putin made it clear that he would not allow any PYD deployment in northern Syria. We hope that the US will soon see the error of its ways and strengthen its alliance with Turkey in this regard.

This alliance is important for the region, because the Syrian issue is becoming increasingly insoluble. But the participation of the countries in the region and coherent and strong alliances can lead to a solution. Indeed, for a real solution to be found, it is important that the solution is really desired by all parties. Right now, the parties who desire the solution are in control instead of the parties whose interest lies in the division of Syria.

The fact that the Sochi decisions are made in a critical and specific time is important. Putin’s talks with both Trump and Merkel before Sochi remind us that the plans have largely become global in scale. After the Sochi negotiations, talks were held in China, between Russia, China and Turkey, and right after that the Trump-Erdogan meeting took place. On May 24-25 there is a NATO summit in Brussels. It seems that the decisions regarding Syria will not remain on the table in Sochi. They will be approved by both the East and NATO.

Analysis made after the Parliamentary Assembly of the Council of Europe’s decision to put Turkey “under observation” indicated that this decision would bring Turkey and Russia closer. Turkey and Russia are now strengthening their relations as two friendly countries that have been allies for years. But it is no secret that Europe’s biased attitude has further strengthened the ties between Turkey and Russia. However, Turkey’s approach is based on friendship rather than classic politics. Hence, establishing ties with one side doesn’t mean burning bridges with the other. Turkey is still a European country; it has strong ties with many European countries and is still a candidate for EU membership. Turkey is also a NATO country; its alliance with the US is still strong. Neither will being close to Russia adversely affect Turkey’s alliance with NATO, nor will being a NATO member affect the alliance with Russia. Especially when the issue is to find a solution to stop the bloodshed in a country, the artificial issues between the parties should be forgotten. The Middle East needs a solution more than ever. 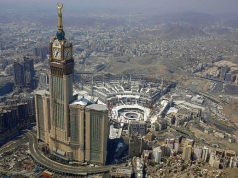