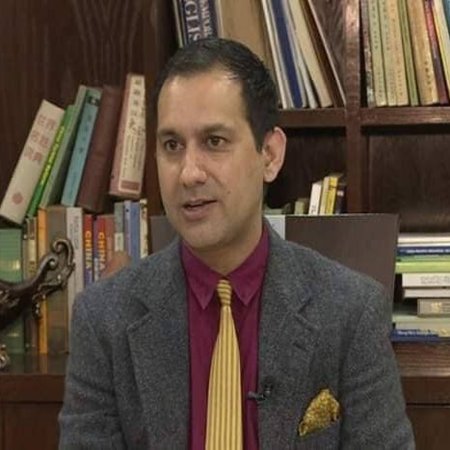 Yasir Masood carries several years of experience in research, communication, training, and development. He has produced numerous analytical research reports for national and international organizations, as well as reports and other communication material for various non-government organizations (NGOs). He is currently working as the Deputy Director of Media and Publications at the Centre of Excellence for CPEC and also looking after CPEC Quarterly magazine as the Lead Editor. He is also working as the visiting research fellow at Jiangsu Normal university’s Belt and Road Department and Hebei University, China. He is regularly been invited in different TV talk shows not only in Pakistan but also in China as a scholar of BRI/CPEC and Foreign Affairs and Geopolitical Expert. Besides, he is also an Academic, Journalist, Strategic and Communication Expert, Researcher, Geo-Strategic Analyst, Columnist/Writer and English Linguist who frequently writes in the top national and international English dailies including The Express Tribune, China Daily, People’s Daily and Global Times about BRI/CPEC/ regional and foreign issues. He regularly appears in different Talk shows on PTV World (appeared in 90 plus programs till date) and other TV channels including Russia Today, CCTV of China, Phoenix TV of Hong Kong, Press TV of Iran, Aljazeera and local Pakistani Televisions including PTV News as the CPEC, BRI, China-Pakistan and International Relations Expert. He has been writing commentaries for different English Newspapers of China like Xinhua, People’s Daily and China Daily etc. on diverse issues related to CPEC, BRI, economy and foreign policies of the region and beyond. He also has the honour to deliver talks at national and international conferences in Pakistan and China on CPEC, BRI, and China-Pakistan relations, regional and global issues. He holds a master’s degree in English Literature from the Punjab University and MS International Relations from the Kingston University of London (UK). Yasir Masood remained on the visiting faculty of Quaid-e-Azam and National Defense Universities, Islamabad. He also remained Editor of Regional Studies Quarterly at the Institute of Regional Studies and Pakistan Development Review at Pakistan Institute of Development Studies, Islamabad. He is also the Editor of the book titled, “Indian Grand Strategy: Machiavellian or Kautilyan” published by the IRS, Islamabad.