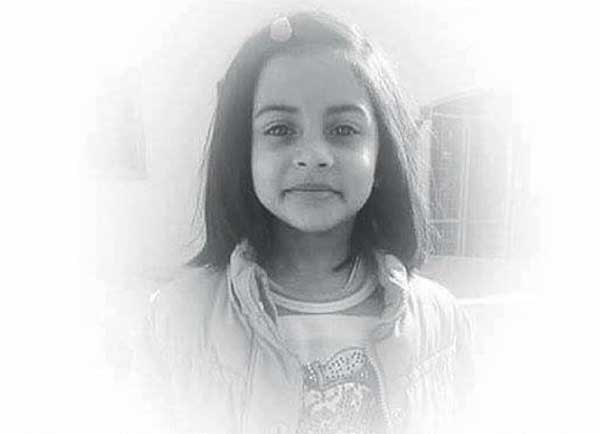 Tactical Talk (Opinion) A girl like many other girls in Pakistan went missing! This time it was Zainab.
Early this year, in January, a seven-year-old girl’s body was found on a garbage dump in Kasur city of Pakistan (located to the south of Lahore).

She was Zainab. She was raped. She was tortured. She was murdered.
Riots emerged out at a national level demanding justice for Zainab. Social media and electronic media succeeded in pressurising police to take the issue seriously.

Within two weeks, with the help of a viral CCTV footage, police arrested Imran Ali, the rapist. His DNA tests approved him being the murder and police said his DNA was liked to other six girls’ cases of rape too. He confessed his crime himself.

He was put on trial and later in February was sentenced to capital punishment for kidnapping, raping and murdering.
On 17th of October 2018, he was hung in Lahore Kot Lakhpat Jail in front of Zainab’s family.
Child sexual abuse is a matter that must not be overlooked! It slaughters the lives of many…

Government intervention is a must to solve this crisis. The government must develop a solid and firm solution to provide quick and strict justice to all those who are oppressed and are seeking justice. A severe punishment is needed to serve as a deterrent. Rapists should be punished publicly, hence no one will ever dare to violate one’s dignity.
Child sexual abuse is not a new case in Kasur city
Kasur city of Pakistan has witnessed numerous series of child sexual abuse scandals since 2006, and police always failed to punish the culprits due to political pressures and political backing.

Zainab’s case was one of those cases but maybe the lucky one which has seen justice being served else mostly all other cases are still pending and victims till today waiting for justice to be prevailed.

There is an urgent need of ‘cultural reform’. A move toward a 21st century civilised nation is imperative. Enforcement of protective laws that safeguard the rights of women and children are essential not only for the sake of justice but for the growth of a nation and its moral standards.

Would Zainab’s case be a lesson for those who commit such horrendous acts?
Reasons for Capital Punishment in Pakistan.
Pakistan being an Islamic Republic, its laws commit to Quran and Hadith. Thus, in Pakistan capital punishment is prescribed for 27 different crimes which include murder, treason, blasphemy, kidnapping or abduction, rape, procuration and importation for prostitution, assault on modesty of women and stripping off her clothes, drug smuggling, arms trading, and sabotage of the railway system.