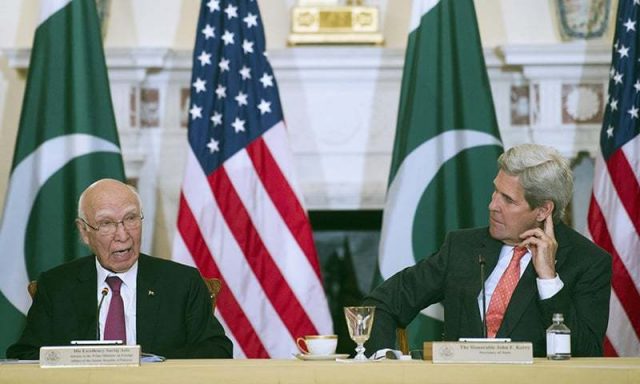 In return Pakistan tells the US to dismantle terrorist and militant sanctuaries in Afghanistan working against Pakistan and carrying out terrorist attacks on Pakistan.
The rebuttal was issued Thursday after a meeting, The National Security Committee of top civilian and military leaders chaired by Prime Minister Shahid Khaqan Abbasi in Islamabad.
“The Afghan war cannot be fought in Pakistan, to scapegoat Pakistan will not help in stabilizing Afghanistan,” Foreign Minister Khawaja Asif said while reading the statement to the Senate, the upper house of parliament.