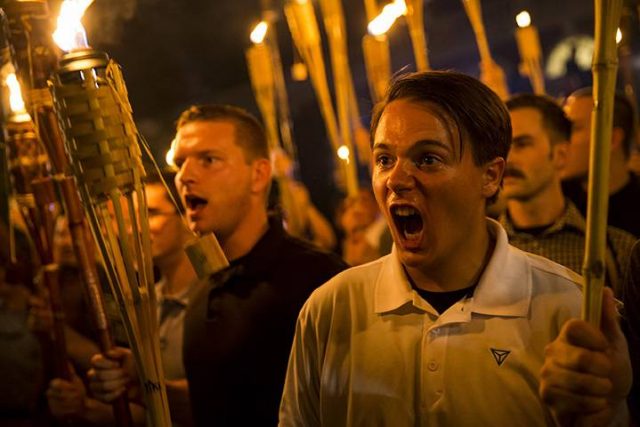 Tactical Talk – The father of a self-described white nationalist who marched at Saturday’s “Unite the Right” rally in Charlottesville, Va., says his son is no longer welcome home. Pearce Tefft of Fargo, ND, posted the open letter on INFORUM Monday, writing that his son Peter’s values are not shared by his family. “I, along with all of his siblings and his entire family, wish to loudly repudiate my son’s vile, hateful, and racist rhetoric and actions,” he wrote. “We do not know specifically where he learned these beliefs. He did not learn them at home.” Peter was first identified by Twitter user Yes, You’re Racist in a grainy screen grab from a video taken during the rally, but he’s also been interviewed by news outlets about his beliefs.

Pearce said that Peter’s family members originally stayed silent about Peter’s white nationalist beliefs, but ultimately realized that was a mistake. “It was the silence of good people that allowed the Nazis to flourish the first time around, and it is the silence of good people that is allowing them to flourish now,” Pearce writes, adding that unless his son renounces his “hateful beliefs,” he “is not welcome at our family gatherings any longer.” Peter Tefft’s nephew also denounced Peter in a statement to WDAY: “He scares us all, we don’t feel safe around him, and we don’t know how he came to be this way.” Pearce ended his letter with a powerful response to a joke his son made about putting anti-fascists in ovens, writing: “Peter, you will have to shovel our bodies into the oven, too. Please son, renounce the hate, accept and love all.”