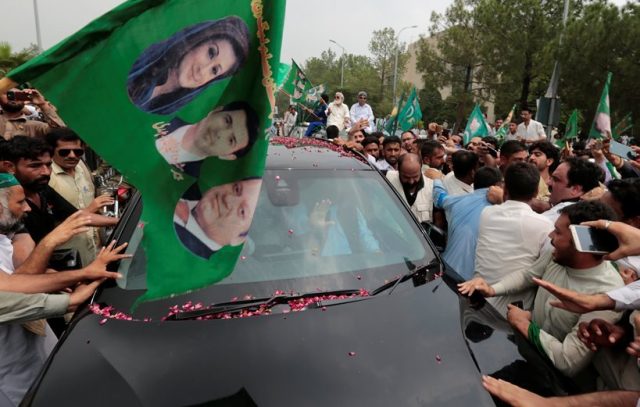 Former Prime Minister Nawaz Sharif is leading a large peaceful rally on his way to Lahore.

Thousands of PML-N workers, political leaders of his party, and members of the federal cabinet are accompanying the former prime minister.

The rally is now passing through Rawapindi’s main artery, the Murree Road.

Strict security measures have been taken for the security of the participants of the rally.

A long queue of vehicles along with Nawaz Sharif’s fans is moving at a snail’s pace. The rally consumed over seven hours to reach Murree Road due to mammoth gathering of PML-N workers, which showed their love for Nawaz Sharif.

Workers are raising full throated slogans in support of the former prime minister and they have also established reception camps in Rawalpindi and along the Grand Trunk Road all the way from Islamabad’ Punjab House to Data Darbar in Lahore.