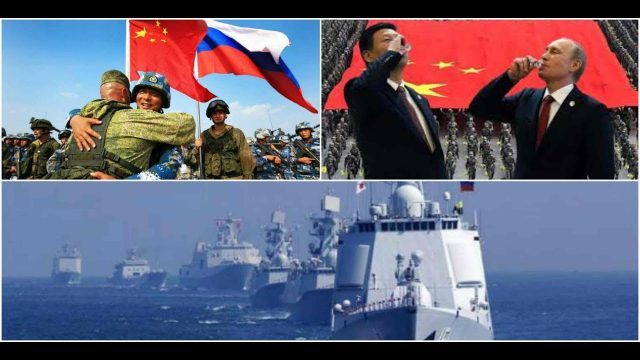 In the hours-long exercise, two tactical assault groups, consisting of mixed warships from the Chinese and Russian fleets, simulated details of the drills on a map, including ship-to-sea firing by secondary cannons, air defense, joint landing and inspection, maritime search and rescue, underway replenishment and other subjects.

“The simulation exercise was conducted for two purposes, namely, making commanders at all levels more familiar with the procedures and subjects of the drills, as well as enhancing coordination and tacit understanding between commanders of the two countries,” said Wang Xiaoyong, deputy captain of a destroyer detachment of the Chinese Navy.

During the drills, the participating air forces and sea forces will be deployed through unified guidance by a joint directing center, a joint headquarter and a tactical command post, which are formed by commanders from both countries.

The Joint Sea 2017 drills, which kicked off on Saturday and will last until July 28, aims to carry out joint rescue missions and ensure maritime economic activities.

Chinese and Russian navies will conduct a variety of joint exercises and attend the parade in St. Petersburg on the occasion of Russia’s Navy Day.