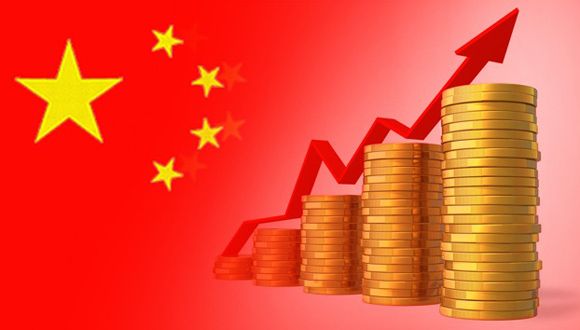 A 6.9-percent growth rate in the first half of this year shows once again that China remains the main stabilizer of the global economy.

The Chinese economy has maintained steady and sound growth, according to latest figures released by the National Bureau of Statistics. International institutions believe China’s efforts to effect progressive economic rebalancing bring bright prospects for its economy.

The International Monetary Fund (IMF) has hence recently revised up its annual growth for China, up 0.1 and 0.2 percentage points respectively to 6.7 percent this year and 6.4 percent next year.

The IMF said it based the third upgrading for China this year on its strong economic performance since the first quarter.

J.P. Morgan believes the expanding consumption and services industries as well as increasing private investment in China will boost growth despite slowing investment in infrastructure and real estate in the second half of the year on top of a financial deleveraging.

China is expected to continue playing a stabilizing role for the global economy, with fewer concerns of an economic hard landing and financial risks in the country compared to a year ago, it said.

Nomura meanwhile put China’s growth rate for the third quarter at 6.8 percent, up from 6.6 percent, while maintaining a 6.6 percent projection for the fourth quarter. It thinks uncertainties stemming from shrinking properties sales and pressure from a downturn in exports will slow growth but not to a stall.

According to the Standard Chartered Bank, monthly data show China’s seven prospective economic indexes have recently improved, indicating little likelihood of a slowdown in the coming months. Possible difficulties in the second half will give way to upbeat prospects, enabling an accelerated annual growth for China first time since 2010, it said.

The bank revised China’s growth this year from 6.6 percent up to 6.8 percent, and so did the Citibank, which also upgraded its third and fourth quarter outlooks to 6.7 percent and 6.6 percent respectively, both an increase of 0.2 percentage points.

Citibank predicted China will accomplish strong growth in the second half despite a slight slowdown due to a large economic base.

The Asian Development Bank said the increase in both domestic consumption and foreign trade helped promote China’s economic outlook. The situation came as a result of a steady rise in both personal income and public spending, a moderate recovery from 2016’s low commodity prices, and an overseas market rebound.

It revised China’s growth up to 6.7 percent this year and 6.4 percent next year, from 6.5 percent and 6.2 percent, respectively.