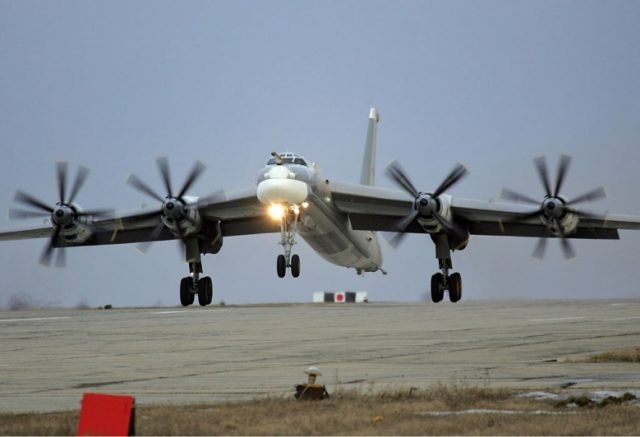 According to the Russian Defense Ministry, strikes were made from a range of about 1,000 kilometers using the newest high-precision Kh-101 missiles. This strike marked the sixth time that Russia has used the Kh-101 in combat.

The Tu-95 strategic bombers took off from an airfield in Russia.

“Russian Su-30 fighters based at the Hmeymim airfield [in Syria’s Latakia province] provided air cover. After successfully accomplishing the task of the combat mission, all Russian aircraft returned to their airfields,” the ministry said.

The Kh-101 (in Russian: X-101) is a strategic, air-launched Russian cruise missile, manufactured using modern technology to reduce radar visibility. It can destroy a target up to 4,500 kilometers away. This type of missiles could be equipped with a nuclear warhead. The Kh-101 uses GLONASS, the Russian satellite navigation system, for trajectory correction and is reported to have an accuracy of five to six meters.