Once again Pakistan has been rocked by an unending wave of terror attacks. This time Quetta, Parachinar and Karachi were the targets with Jamaat ul Ahrar (JuA) claiming responsibility. This new wave of terror follows the one in February 2017, which was considered the deadliest month in recent memory. However, there is more than the eye meets and the international community should understand the pattern in light of nabbing a powerful nexus of foreign intelligence operatives.

For years, Pakistan has been fighting the Global War on Terror and has paid the price in the form of militancy and heavy casualties. Moreover, it was widely believed that fundamentalism was the root cause of such savagery but recently it has been disclosed that intelligence agencies of certain neighbouring states have directly fuelled the fire by not only funding proxy groups such as JuA but also providing safe havens and training camps to terror elements in the barren regions of Afghanistan. 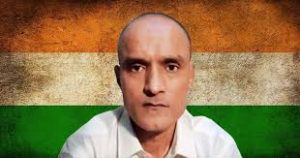 If such high claims were made five years ago then perhaps no one would have batted an eye but now there is ample amount of proof. The nabbing of former Indian Navy commander Kulbhushan Jhadav early last year is an open secret of how India’s Research & Analysis Wing (RAW)works to foment terrorism in Pakistan. His case is already pending in the International Court of Justice (ICJ) where India’s legal team is trying hard for a favourable decision (its request for reply after six months has already been disposed of by the ICJ). Nevertheless, it won’t have any major impact on Pakistan’s own course of action regarding Jhadav given the weak arguments claimed by the Indians on Vienna Convention on Consular Relations (VCCR), 1963. 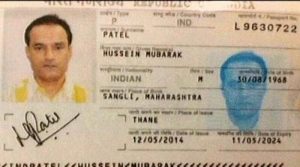 It was unsurprising for Pakistani media to bash the state’s legal counsel Khawar Qureshi QC, who in my opinion is a highly respected barrister. The media was cruel and unjustified to grill him when he in fact fought in a brilliant manner. Moreover, the case is yet to be fought and both the Attorney General’s Office and the Foreign Office are working closely to proceed further. Hence, the media needs to hold its horses before jumping to bizarre conclusions and misleading the public. It is pertinent to mention that India would likely lose the case given the circumstances of Jhadav’s status and his own admittance to abetting terrorism (not mentioning the fact that his Indian passport bore a fake name).

More importantly, his second confessional videoreleased earlier this monthpoints out how firm he was in his dastardly acts against Pakistan. He did appear nervous but did not hesitate a bit in claiming his actions. For now,his appeal for clemency hangs in the balance but it won’t be long before it gets rejected as he was the primary key to expose the current Indian government’s fascist image.

It needs to be mentioned that Pakistan’s key diplomatic missions based in Europe, North America and Asia have already provided dossiers on Indian involvement in terrorist activities. The world needs to understand that fault-lines are being misused by hawkish elements to promote their own vested interests given how militancy took toll of the Pakistani state since the 1980s owing to ill-conceived policies initiated by the then ruling elite. Nobody wants to engage in a bloody war but why jeopardise peace and create discomfort?

When people like Donald Trump are moving towards isolationism, the world should be focusing on globalisation and promoting harmony more rigorously in flashpoint regions such as South Asia. Pakistan’s joining of the Shanghai Cooperation Organisation (SCO), the development of the China-Pakistan Economic Corridor (CPEC) and the state’s inclusion in BRICS Plus and N-11 economies should be a reminder for India that it has and will always fail to diplomatically isolate Islamabad.

The Indians should focus on promoting harmony and peace instead of politicking and causing instability through agents like Jhadav and third countries such as Afghanistan whose own agencies are complicit in wreaking havoc across Pakistan. Being a highly volatile region, South Asia cannot afford to remain a bone of contentionfor the global community given its vital importance.