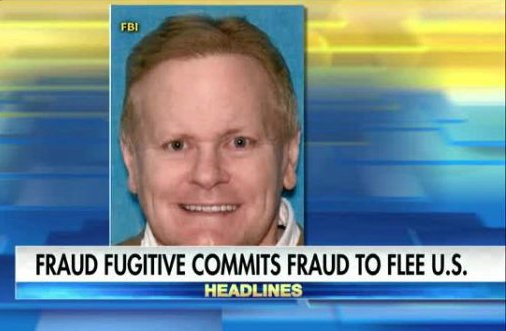 A fugitive Kentucky lawyer at the center of a nearly $600 million Social Security fraud case has fled the country using a fake passport and has gotten help from someone overseas with a job to help support himself, reports the AP. In an email exchange with The Lexington Herald-Leader over the weekend, Eric Conn told the paper he flew to a country that does not have an extradition agreement with the US. Scott White, Conn’s attorney, said that he also received emails from the same address from a person he believed to be Conn. A person claiming to be Conn has sent the newspaper several emails since fleeing. The FBI did not respond to a request Sunday seeking comment on whether it believes the latest emails are from Conn.

Conn’s lucrative disability law empire crumbled when federal investigators uncovered he had been bribing a doctor and judge to approve disability claims based on fake medical evidence. He pleaded guilty to defrauding the Social Security Administration and was due to be sentenced in July, per WSAZ. He surrendered his passport in April 2016 after being indicted; an accomplice outside the country obtained a fake passport for him, an email said. Conn said the day after cutting off the monitor he used the passport to fly out of the US. Conn said he boarded a commercial flight without any significant problems but did not say where he caught the flight. Hundreds of Conn’s clients in the impoverished coalfields of eastern Kentucky and West Virginia have been fighting to keep their disability checks. Ned Pillersdorf, who represents Conn’s former clients, has said the anger toward Conn “is overwhelming.”