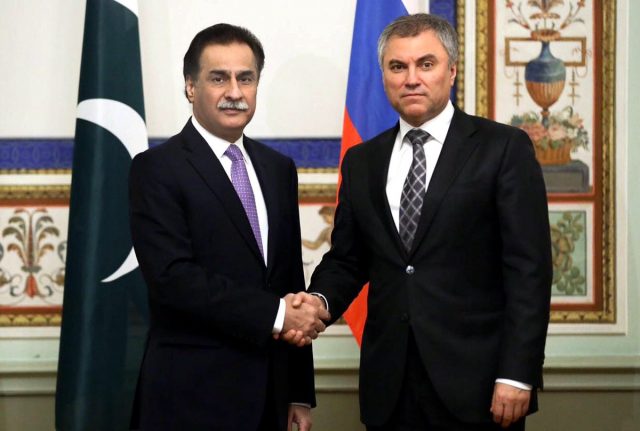 Pakistan and Russia have agreed to enhance relations between the two parliaments to the benefit of the two peoples.

During the meeting they discussed matters of bilateral interest and cooperation in different sectors.