There have been countless rants about how Daesh and House of Saud’s ideologies converge, but largely fall on deaf ears. As Daesh continues to grow, many commentators have been pointing out the Saudis are the original source and only the United States can stop it. These assertions are incorrect to be precise, as the House of Saud is one of Daesh’s primary targets. 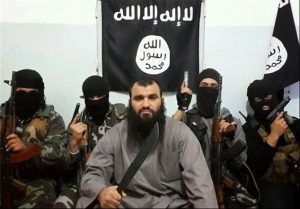 Its core objective is to restore the caliphate under Al Baghdadi’s leadership (who’s presumed dead after Russian airstrikes in Syria) and the road to the caliphate passes through the kingdom. In fact, the concept establishing a ‘caliphate’ through force and violence was first introduced by Sayyid Qutb, a hardliner from Cairo. Indeed, Daesh has even launched a campaign against Saudi Arabia, called qadimun( ‘we are coming’) to take over the country. In one of its propaganda website, the group even stated to destroy the Kaabah because they consider it a ‘Bidaah’. Saudi Arabia has taken punitive actions against the group for the past couple of years including declaring it a terror group.

Looking at its history, the group emerged in 1999 and got massive boost after the 2003 Iraq War through which it even recruited Saddam Hussein’s officers. This has enabled Daesh to capture large swaths of land in the region and seize valuable assets. Thus, becoming financially self-sufficient. Their next target is certainly Saudi Arabia.

The kingdom’s enormous oil fields and monetary wealth has always been craved by terror groups. Of course, with typical hypocrisy, while Al Qaeda and Daesh crave the kingdom’s riches, they also despise the way it has modernised.

Why, then, do people believe Saudi Arabia is behind Daesh?

At the root of the claim is the belief that they practice Salafism (erroneously known in the West as Wahhabism). While it is true that the kingdom espouses Salafism, Daesh’s claim has no basis. Salafism is based on the word salaf or ‘the ancestors’ referring to the way Islam was practiced by the Holy Prophet Muhammad’s (PBUH) early followers.

The Salafists believe that Islam should be practiced according to the dictates of these ancestors. Different interpretations of these dictates have occurred over time, leading to four schools of jurisprudence in Sunni Islam. The founders of these schools were Imam Abu Hanifah, Imam Malik, Imam Al Shafi’i, and Imam Ibn Hanbal.

Daesh follows an ideology that is a continuation of a crude sect known as the Kharijites, or the ones that ‘deviated’ from Islam during the reign of the fourth Caliph Ali ibn Abu Talib (RA) whom they martyred. They believed that anyone who commits a major sin automatically becomes an infidel. Furthermore, whoever disagreed with them would be murdered. They rationalized mass killings and practiced an extreme form of inquisition to test their opponent’s faith.

These concepts make Daesh’s ideology the absolute opposite of Saudi Salafism. The version of Salafism applied in the kingdom’s courts and religious institutions was formulated by one of the four leading Muslim jurists, the ninth-century scholar Imam Ahmad ibn Hanbal. Hanbalite law is firmly against sedition, blood shedding and forcible conversions.

Daesh is a grave threat, as it is a bloodthirsty movement that can find disaffected and brainwashed young men and women for recruitment from among the world’s 1.3 billion Muslims. It does not face the numerical constraints of groups like Hezbollah whose ideologies only appeals to the smaller Shi’ite community. The hydra must be crushed before it spawns repeatedly.

Saudi Arabia is the one of authorities in the region with the power and legitimacy to contain Daesh. Having effectively eradicated Al Qaeda, the Saudi government with its counter-terrorism experience is uniquely positioned to deal the group. More importantly, the Saudi leadership has a unique form of religious credibility, which will make it far more effective than western governments at delegitimizing Daesh’s monstrous ideology. The message sent to the Muslim world as Saudi Arabia takes on Daesh is radically different from — and much preferable to — a message sent from the United States, especially given America’s recent disastrous record in the Middle East. 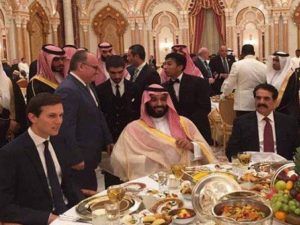 Now, as King Salman recently pointed out, the group  is not only a threat to the Middle East but to Europe and America too. The international community has formed a solid coalition under the leadership of Pakistan’s former Chief of Army Staff (COAS) General (retd) Raheel Sharif who successfully led Pakistan’s Operation Zarb-e-Azb. With the coalition’s aim to roll back Daesh’s military advances while at the same time supporting the kingdom’s ever-increasing campaign to delegitimize it, there is no chance for it to survive the onslaught.