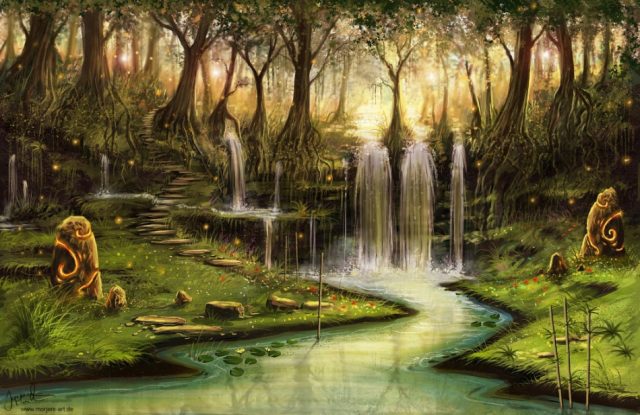 They were considered the eighth natural wonder of the world and the greatest tourist attraction in the Southern Hemisphere in the mid-1800s—and then they were gone: The Pink and White Terraces of Lake Rotomahana in New Zealand’s North Island spellbound visitors until June 1886 when Mount Tarawera erupted, wiping the silica sinter (a kind of quartz) formations off the map. Now researchers say they have located the fabled wonder, claiming the formations may well have survived the disaster but are now buried under mud and ash. Rex Bunn and Dr. Sascha Nolden say they’ve corrected past attempts to identify the location of the terraces thanks to the 19th-century field diaries of a German-Austrian geologist. Bunn tells the Guardian the terraces were never surveyed by the government, meaning their exact latitude and longitude weren’t determined.

But someone did record their compass bearings: Ferdinand von Hochstetter, whose diary data the researchers used to reverse engineer the terrace locations. The researchers believe they’re buried no more than 50 feet under the surface skirting the shoreline and not beneath the lake, as previously believed, or totally destroyed, as government scientists recently have claimed, NewsNow reports. The pair are raising funds to conduct a full archaeological study and prove their claim—and say that if they’re right, it’s possible the terraces could be brought back to life. In 2016, the BBC explained just why they were so stunning: Not only were they the largest silica sinter formations on the planet, they sat at opposite ends of the lake, one white, one slightly pink, their positioning making them “greater than the sum of their parts.”