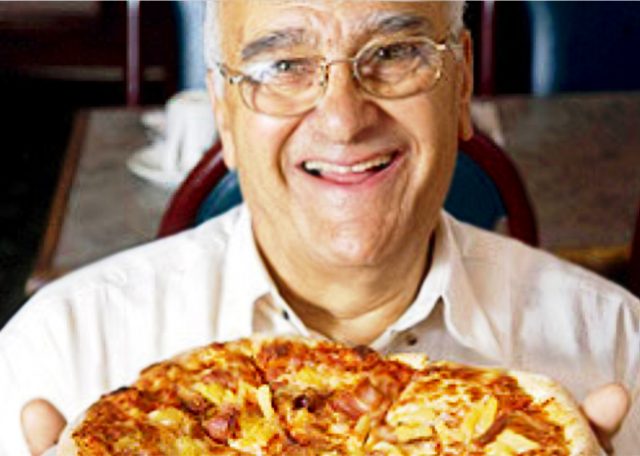 The inventor of one of the more controversial dishes in the world died Thursday in Canada at the age of 83: Sam Panopoulos, the man who put pineapple on pizza. The BBC reports Panopoulos moved to Canada from Greece in 1954 at the age of 20 and opened a series of restaurants with his brothers. Panopoulos had developed a love of pizza during a stop in Naples but discovered it wasn’t really a thing in Canada in the 1950s, according to CBC. You pretty much had to go to Detroit to get a pizza and only had three choices of toppings: mushrooms, bacon, or pepperoni.

In 1962, Panopoulos topped a pizza with canned pineapple and ham “just for the fun of it, see how it was going to taste.” He found it “refreshing,” and customers loved it. Panopoulos’ Hawaiian pizza has endured, spreading across the globe, but isn’t without its detractors. The president of Iceland earlier this year said he’s “fundamentally opposed” to pineapple on pizza and suggested banning it. Canadian Prime Minister Justin Trudeau quickly defended the dish and outed himself as a fan. An obituary describes Panopoulos as an “unforgettable personality” with a “frank sense of humor” and “booming laugh.”