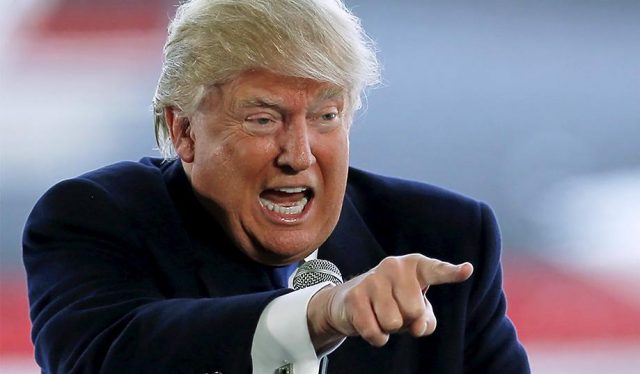 President Trump says he’s willing to refute James Comey’s testimony under oath, the Hill reports. According to CNN, Trump—taking a few questions from reporters during a joint press conference with the Romanian president Friday—denied asking the former FBI director to end the investigation into Michael Flynn or for his loyalty. “I didn’t say it,” the US president said. Though, he added: “There would be nothing wrong if I did say that.” Trump said he “would be glad” to tell all this to special counsel Robert Mueller under oath. However, he refused to confirm or deny the existence of tapes of his and Comey’s conversations, which he previously alluded to in a tweet, telling reporters: “I’ll tell you about that sometime in the very near future.” Meanwhile, investigators from the House and Senate have filed requests with the White House for those tapes, should they exist, CNN reports.

Democratic lawmakers had called on Trump to testify under oath after the president’s lawyer on Thursday accused Comey of “so many false statements & lies,” Business Insider reports. Trump reiterated that claim Friday, tweeting about Comey’s “false statements & lies.” Those claims amount to accusations of a felony against Comey, who was under oath during Thursday’s testimony, Democrats say. Had Comey lied, he’d be guilty of a federal crime. Democrats say that gives Comey’s side of the story more weight.