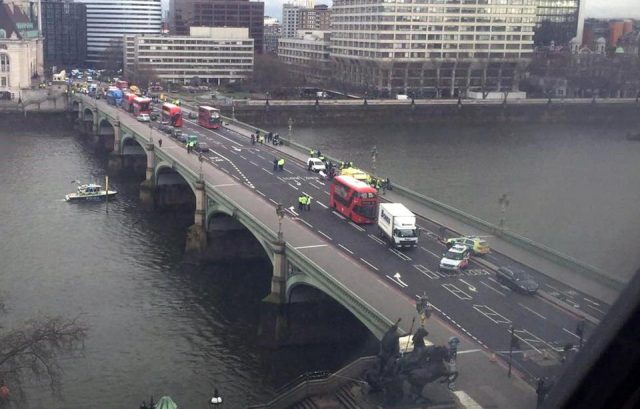 The UK wasted no time in its response to the terror attack on London Bridge on Saturday, with London Metropolitan Police announcing Sunday that they had arrested 12 people in connection, reports the BBC. Authorities are continuing to carry out searches, and the AP reports that they say the investigation is moving quickly. Meanwhile, London Mayor Sadiq Kahn told Londoners to expect an increased police force in coming days and not to be alarmed. That earned a rebuke from President Trump, who tweeted that “At least 7 dead and 48 wounded in terror attack and Mayor of London says there is ‘no reason to be alarmed!'” and a call to “stop being politically correct and get down to the business of security for our people. If we don’t get smart it will only get worse”.