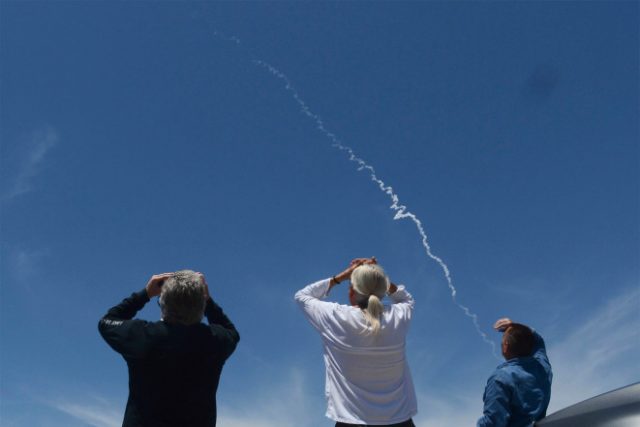 US officials are calling Tuesday’s successful test of the country’s missile-defense system “an incredible accomplishment,” the Los Angeles Times reports. A rocket fired from California intercepted and destroyed a target warhead fired toward Alaska from the other side of the Pacific Ocean. It was the first-ever test of the Ground-based Midcourse Defense system on a fast-moving “ICBM-range target.” “This system is vitally important to the defense of our homeland, and this test demonstrates that we have a capable, credible deterrent,” the director of the Missile Defense Agency says. The $244 million test was the first since 2014, according to NBC News. It was conducted amid increased worry of a potential nuclear attack from North Korea.

Despite Tuesday’s success, there are many questions surrounding the viability of the GMD system during an actual attack. Only nine of the previous 17 tests since 1999 had been successful, Reuters reports. And that’s with tests being scripted for success: daytime launches with personnel informed of the target’s launch time, size, speed, and trajectory. It’s also possible North Korea could use decoys to trick the system; the GMD’s interceptor rockets haven’t been tested against decoys. A Pentagon spokesperson says the GMD system is just one way the Pentagon has of shooting down a potential North Korean missile. The GMD system has cost US taxpayers more than $40 billion so far.