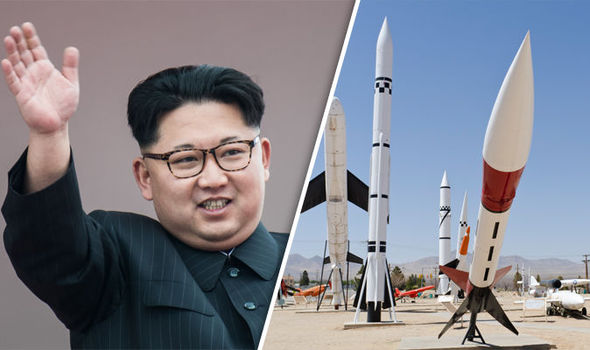 North Korea carried out its third missile test in as many weeks Monday, firing what is believed to have been a short-range Scud-type missile into waters Japan considers to be part of its exclusive economic maritime zone. Japanese government spokesman Yoshihide Suga says Tokyo has protested the “intolerable” action to Pyongyang in the strongest possible terms, the Guardian reports. The missile launch “is highly problematic from the perspective of the safety of shipping and air traffic” and is a clear violation of UN resolutions, Suga said. South Korean military leaders say the launch, the third since new South Korean President Moon Jae-in took office May 10, appears to be part of an effort to get Seoul to change its policies.

South Korean military officials also say the launch of the missile, which flew around 280 miles, may also have been an attempt to show that Pyongyang can strike American troops in the region, the AP reports. The White House says President Trump was briefed on the launch, which posed no threat to North America, reports Reuters. Defense Secretary Jim Mattis, when asked on CBS News’ Face the Nation how a war with North Korea might unfold, said it would be “probably the worst kind of fighting in most people’s lifetimes.” “The North Korean regime has hundreds of artillery cannons and rocket launchers within range of one of the most densely populated cities on Earth, which is the capital of South Korea,” he warned.