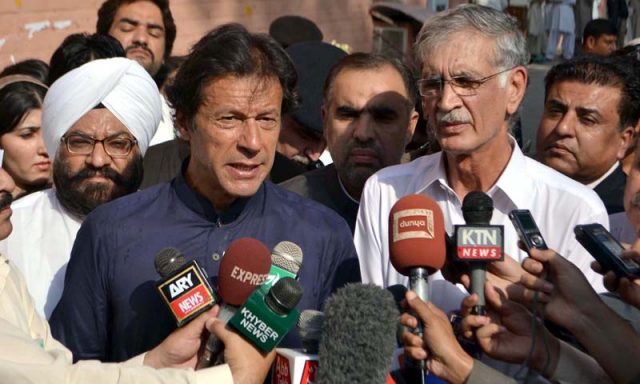 PESHAWAR: The Khyber-Pakhtunkhwa (K-P) government will set up two new cities – CPEC City and Peshawar Model Town – to develop the housing sector and cater to the residential needs of the province.

The provincial government inked a memorandum of understanding (MoU) with the Frontier Works Organisation (FWO) on Monday for this purpose. The MoU was singed at the K-P Chief Minister’s House.

Chief Minister Pervez Khattak told reporters that $11 billion were being invested in the housing, oil and gas, hydroelectricity and cement sectors.

The CPEC City project will cost around $4.4 billion.

“These projects are not loan-based. The projects will be built on a Build, Own and Transfer basis. Not a single rupee of the K-P government is being spent on these projects,” the chief minister explained.

“We will receive profit from them [the FWO] in different ways. We will get a share of the profit,” he added.

Khattak said the government would extend its support to the FWO.

“We are trying to sign agreements with Chinese companies,” he added.

CPEC City will be built near the Colonel Sher Interchange on the Motorway. Peshawar Model Town will be located between Peshawar and Nowshera.

One of the developed plots out of the 16 would be given to the government.

“We estimate that we will make Rs50 billion through these projects,” Khattak maintained.

The FWO will establish a 506-megawatt hydropower station in Chitral as well as an oil refinery in K-P.