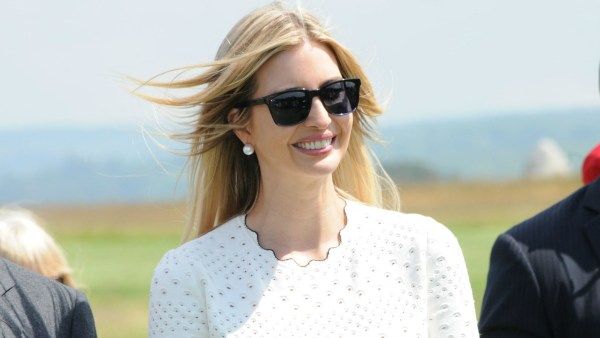 Instead of honoring America’s fallen war veterans, Ivanka Trump’s lifestyle brand suggested that Memorial Day is a perfect time to make popsicles—and is taking no small amount of flak for it. CNN reports the backlash was “icy” after IvankaTrumpHQ tweeted a tip to “Make champagne popsicles this #MemorialDay,” with a link to other summery ideas like grilling and wearing “all-white.” The ill-timed tweet landed hours before Trump took to her own account on Monday to “honor the men & women in our armed forces who have lost their lives to protect our freedom,” notes HuffPo. The appeal did little to still the Twitter storm at a time when Trump is under scrutiny for perceived conflicts between her roles as entrepreneur and top White House adviser.

Husband Jared Kushner is facing his own firestorm over alleged ties to Russian officials. Although Trump gave up running her businesses when she moved to DC, critics seized on the tweet as “definition of tone deaf.” Another wrote, “You’d think that no one could be that utterly callous, right? But we’re dealing with a Trump brat here.” Another tweeted a photo of flag-draped coffins and the message: “Remember our sacrifice by making champagne popsicles.” Children of veterans expressed outrage, including one woman who posted a photo of a soldier in a military helicopter. “My dad was a gunner in Vietnam and had to clean the blood of his dead friends out of the chopper. #NoChampagnePopsicles,” she wrote. (Nordstrom dropped Ivanka Trump products.)