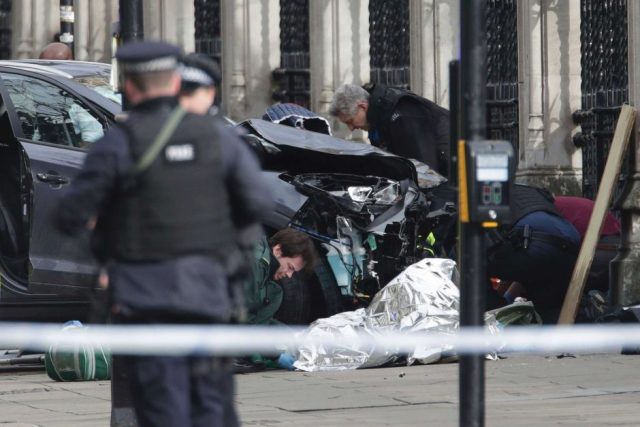 (London) Authorities say there’s been a “huge police incident” in London, the BBC reports. According to the Guardian, London Bridge is closed with police and medical personnel on the scene. Eye witnesses say a van went off the road and hit between five and six people, though very few details are available at the moment. There are also witness reports of multiple people stabbed, the Telegraph reports. Police have shutdown the London Bridge Station. The incident happened Saturday night.